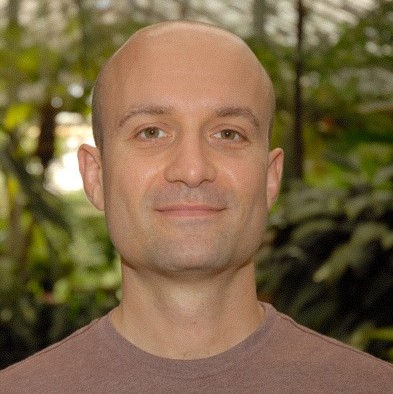 Jim Bennitt, a former wrestler, massage therapist and clerk at the Chicago Board of Trade, began his studies in Yoga, Tantra and Ayurveda in 1997. Originally he took up Yoga as a way to help heal back pain. Soon he discovered how the practice affects not only the body, but also mind and spirit.

Jim has completed teacher trainings at Moksha Yoga Center which draws heavily from the Krishnamacharya lineage, apprenticed with Gabriel Halpern of the Yoga Circle (a studio in the Iyengar tradition), spent two months in Kiev with Ukrainian Yoga master Andre Lappa for an intensive in Universal Yoga, and in 2002 began a close apprenticeship with Para Yoga founder Rod Stryker in the Himalayan tradition which continues to this day.

Jim has been featured in such publications as The New York Times, Chicago Magazine, Time Out Chicago, Breathe and Yoga Chicago. He’s also a popular presenter at yoga conferences and teaches workshops nationwide. Jim’s practice and teaching can be physically demanding, however it always has an emphasis on breathwork and meditation helping to unite body, mind and spirit. When you take a class from Jim, expect to sweat a little, breathe a lot, and leave feeling a sense of inner peace.