Positively Prana: Why Does Yoga Make You Feel So Good?
by Rod Stryker, published in Yoga Journal Magazine, 2009

There are a dizzying number of styles and approaches to yoga these days. Some involve resting in simple supported postures in quiet, candlelit rooms. Others push students to the edge of their physical capacity or are done to the beat of loud, rhythmic music. Some focus on physical alignment, while others offer a heart-centered approach. There is so much variety that describing them all is impossible.

Different in tone and substance as the various styles might be, they share one quality that inspires people to practice them: They work. Put simply, you feel better when you walk out of class than when you walked in. The question is, why? Better yet, how does yoga work? As you’ve probably heard, one reason asana leaves you feeling so good is that it activates your parasympathetic nervous system, thanks to two elements that almost all asana practices have in common—the lengthening and strengthening of musculature and calm, even breathing. The parasympathetic is the part of your nervous system that slows you down—it’s responsible for telling your muscles to relax, improving your digestion and assimilation, boosting immunity, and helping you sleep better. It also normalizes your blood pressure and lowers your heart rate. The parasympathetic nervous system counteracts many stress-related symptoms and the negative by-products of our modern, fast-paced, high-output lives.

But the truth is that much of the yoga being practiced these days doesn’t do as much for the parasympathetic nervous system as you might think. To build your parasympathetic nervous system, you need to do poses that encourage deep relaxation, such as forward bends and hip openers; do fewer standing poses; and do more sitting, supine, and prone postures as well as inversions. You also need to hold poses longer, as you would in restorative yoga, and dedicate longer periods of time to developing slow and complete breathing. Vigorous vinyasa, backbends, handstands, and arm balances are powerful and beneficial, but they don’t stimulate your parasympathetic nervous system as much as the practices listed previously. So if the positive changes you gain from yoga can’t be entirely credited to its impact on your nervous system, what is helping you feel and live better? The answer is life force. Almost all styles of hatha yoga increase the flow of prana, or life force, in your body.

Yoga, like the science of acupuncture, or tai chi and qi gong, is based on prana (referred to as chi in the Chinese arts and sciences). These disciplines see prana as the essential force that sustains everything. Yogis went a step further, prescribing the intelligent use of prana as the key to facilitating spiritual awakening. “Having known the origin…and the physical existence of prana, one achieves immortality,” says the Prasna Upanishad. In other words, the aim of life (and practice) is realized through the skillful use of prana.

Prana has always played a vital role in hatha yoga. Ancient Tantric texts, like the Hatha Yoga Pradipika and Gheranda Samhita, list various techniques to help build, channel, and regulate life force. In these writings, asana is described as the foundation for hatha’s deeper practices because it is so accessible and helps to free life force: The process of holding a pose—while “breathing through it+—dissolves pranic blockages. Different postures unlock prana in different ways. Forward bends, for example, increase the types of prana that calm, soothe, and ground; backbends unblock pranic forces that are more expansive and revitalizing.

A key reason you feel better after class is that the practice has helped move your life force in a way that is more balanced, complete, or suited to your particular mental and physical needs. The principles of how different asanas affect life force are explained in both the hatha tradition and Ayurveda. The more we learn and practice these teachings, the more we know about which poses will help at any particular time. You may notice a particular practice (or style) that used to make you feel great is doing so less and less; that may be a sign that it is time for a change.

The more you control and build your storehouse of life force, the more you can achieve through practice. “The control of prana is the ultimate strength,” says the Srimad Bhagavatam, one of India’s revered scriptures. The more you learn to skillfully utilize the power of prana that begins with asana, the closer you come to realizing yoga’s limitless potential. 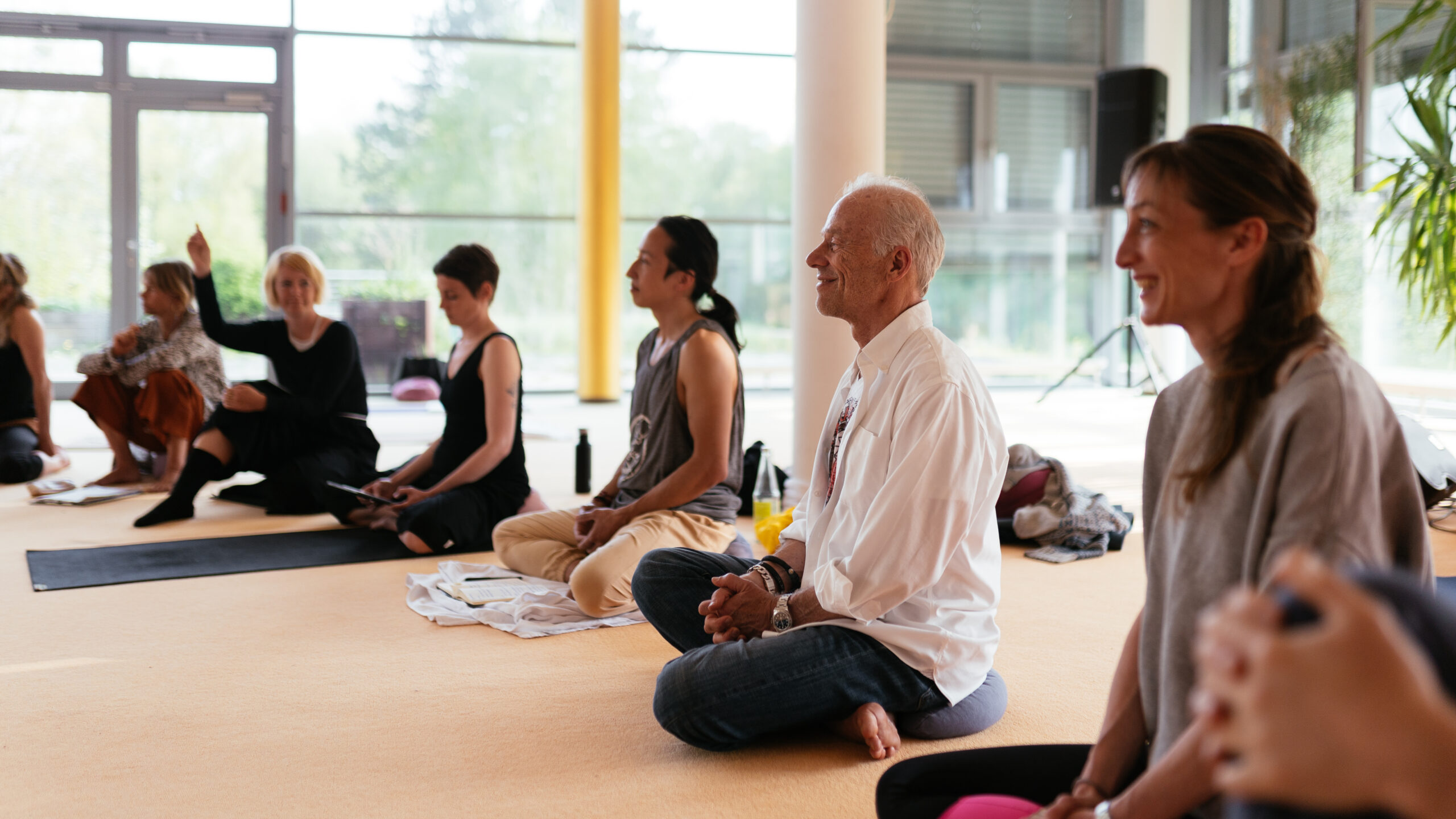