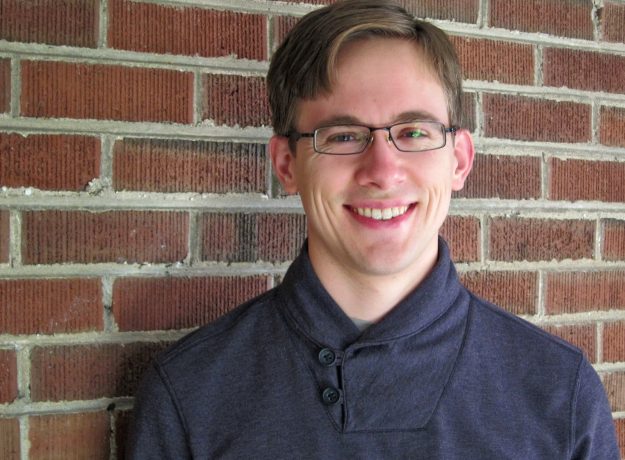 Nick started taking yoga in earnest when he realized that meditation was hopeless unless the body was addressed first.  His first teacher, Tom Gillette at Eyes of the World Yoga in Providence, showed him that spiritual practice could happen through the body in motion, not just sitting still with eyes closed.

After graduating from Brown University with a degree in computer science, he promptly left for Asia with his now-wife Lela Beem and spent a year exploring and practicing.  Upon returning to the US, it was clear that sitting in front of a computer all day was not a viable career choice.  He got his first 200-hour training at Kripalu in 2005, and has been teaching ever since.  Nick found his way to ParaYoga through Jim Bennitt and other Chicago ParaYogis in 2007.  He became a Phoenix Rising Yoga Therapy practitioner in 2008 and is now part of the training faculty.

Nick owns Grateful Yoga with Lela, a small, humble studio in downtown Evanston, dedicated to deep, no-frills practice.  It is perhaps the first studio to be run by two ParaYoga teachers.  All of Nick’s influences, including Buddhism and neuroscience, inform his teaching.  His classes blend the theoretical sophistication of ParaYoga with the formless mystery of Phoenix Rising, served with a generous dose of humor.

Nick has extensive experience working with beginners, men, kids and emerging adults, the chronically stressed, and those seeking to make yoga and meditation part of their daily routine.

Read some of his writing at inwardfacingdog.blogspot.com.