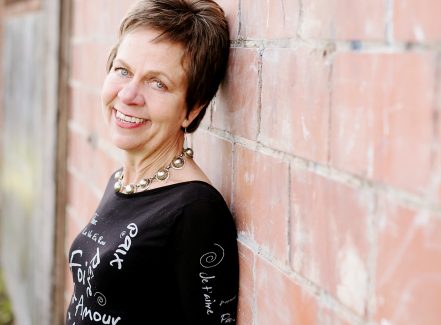 “All conflicts are perfectly placed there for you to grow, learn, meet your destiny. The
Divine placed these things within your sphere in order for you to do what you were born
to do. What you don’t have motivates you.”

When Barbra Brady first heard Yogarupa say this in 2001 at a rustic YMCA camp on
Lake George, NY, she knew she had met her teacher. She had studied yoga far and wide,
but in Yogarupa, she had found an exquisite blend of hatha yoga deepened with a vast
array of the lineage of yogic wisdom.

Before she stepped onto her first yoga mat, Barbra lead a life as museum curator. She
loved the academic path. But when she began studying yoga in 1996, she began to
question dwelling in “the life of the mind.” She was not content. She quit her day job
without a Plan B (or so her conscious mind thought). She immersed herself in practicing
in her then home of Montana, becoming a teacher in 1999 when her beloved teacher
moved away and tapped her to be her successor. Then she hunkered down for a 200-Hour
Teacher Training program in Bozeman and an Advanced Teacher Training with Erich
Schiffmann.

It was while taking a teacher training with another teacher that she had that fate-
full (karmic) first encounter with Yogarupa. Circumstances were such that she did not
begin her formal training with him until 2004, when she stepped in full force to her first
PYMT. This was before the PYMT was structured with tiers and Barbra chose Kundalini
as her freshman studies—after all, she still remembered Yogarupa’s words that “Nibbling
is useless.” Barbra had been missing those academic studies she had forsaken, her soul
desired them. Of course, ParaYoga is exactly the right place for that.

In addition to being a Certified Level II ParaYoga Teacher and Certified ParaYoga Nidra
Teacher. Barbra holds an MA in Museum Exhibition Theory & Cultural Studies and has
10+ years experience as a museum curator of contemporary art. She is a nationally
published writer on contemporary art. She lives and teaches in Sonoma, California, where
she has an established private yoga practice and teaches ParaYoga in two studios, Yoga
Community in Sonoma and blue door yoga & wellness in Penngrove, California. Barbra
serves as Education Director at both studios’ Yoga Alliance Registered Schools. She
finds great joy in the practice of mentorship for the participants as well as mentoring
newer teachers. Equal to her passion for mentorship is her passion in facilitating
ParaYoga Nidra, which she offers twice a week at Yoga Community.

And that opening quote from Yogarupa in 2001? It comes as no surprise to those who
know ParaYoga, Barbra has since found what she was born to do. That is, after all, the
way the yogi becomes a yogi.

If you love ParaYoga, and wouldn’t mind coming to California’s wine country, come visit
Barbra, where you might just do a ParaYoga workshop in collaboration with her!