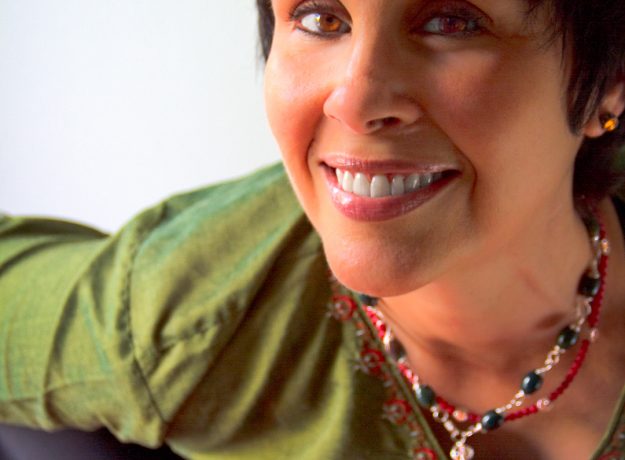 Ana began her yoga journey early, drawn to mysticism in elementary school, to photography and ballet even earlier. In high school a religion teacher made a comment that strongly influenced her path as a seeker (after years of learning by rote). In college, a professor/mentor introduced her to hatha yoga.

After a long hiatus she returned to yoga in 2000, its science restoring her health, and in 2003 she became a yoga instructor. The desire to teach students beyond just asana led her to many paths on the yoga trail.  While attending her first PYMT in 2006, Yogarupa’s teachings provided answers to questions that had been formulating within her since she began teaching and immediately knew she had found her teacher. She was also touched by how lovingly and generously he shared his knowledge. Panditji says that sharing knowledge is seva.

Ana is a student of both Yogarupa Rod Stryker, founder of ParaYoga, and his teacher, Pandit Rajmani Tigunait of the Himalayan Institute, and initiated into Sri Vidya. She is ParaYoga Level I certified as well as certified to teach Hatha Yoga, Prenatal Yoga and YogaEd K-8th grade. When not teaching yoga, Ana is a photographer who is inspired by Shankarcharya’s five qualities of the underlying truth, such as “The world is beautiful because it is a manifestation of the most beautiful one”. Ana is the proud mother of two talented sons, both of whom are amazing artists.